When five regional energy companies decided to collaborate and develop a cluster, they used strategic dialogue to come up with its corporate core values and mission

To lead workshops and develop a vision in order to create consensus and clearly formulate a directive and an assignment for the new cluster and its CEO.

A co-created ownership directive to guide the collaboration on the new cluster. 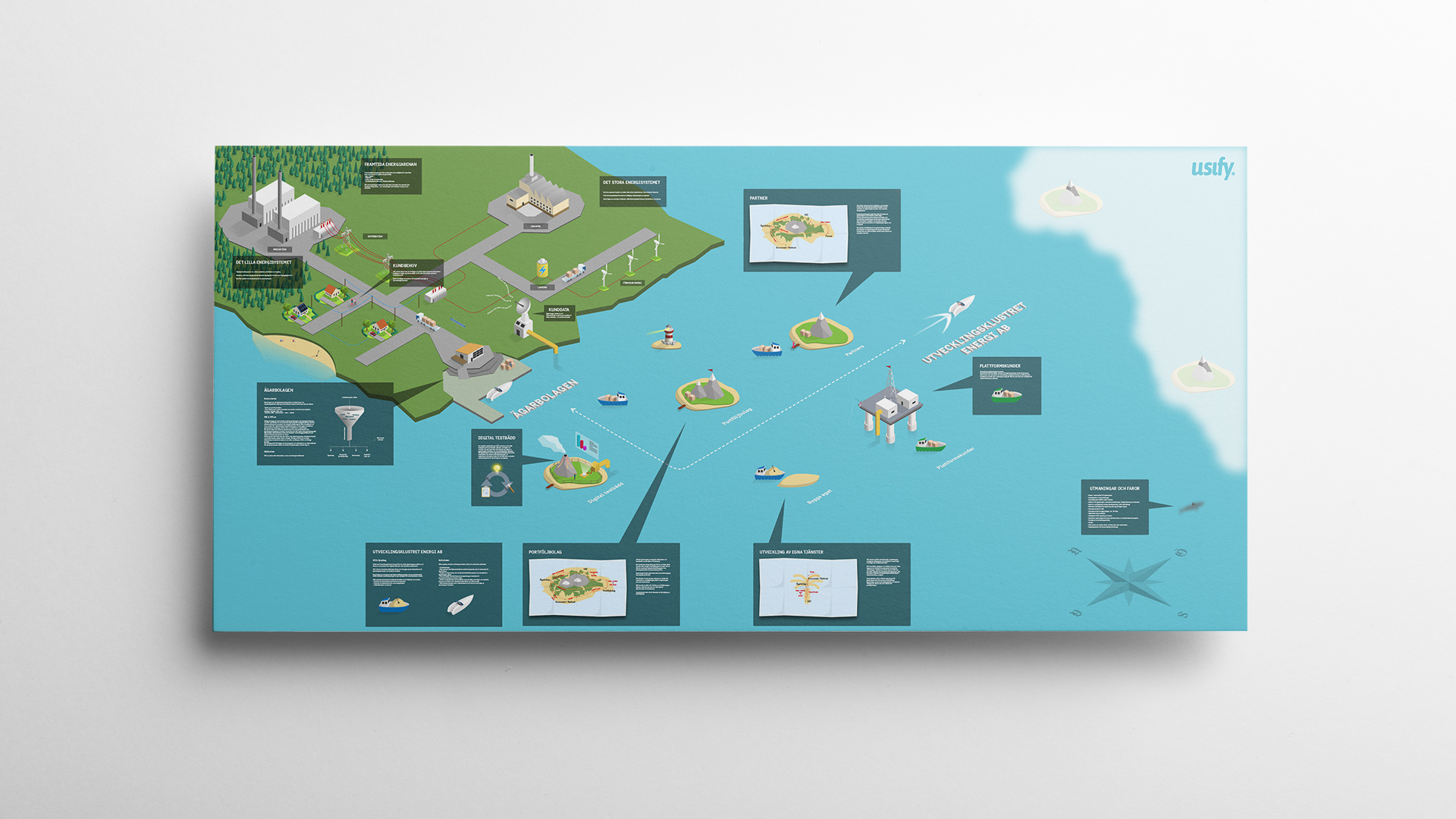 The art of listening and creating dialogue

Usify was commissioned to help the cluster formulate both its current and desired position. Initially, all of the owner companies were interviewed to identify their expectations, goals, and wishes. Not entirely unexpectedly, these were both different and contradictory.

Once the interviews had been carried out, Usify brought the various owner companies together for workshops to gain an understanding of and insight into everyone’s different perspectives. Instead of the interview results being presented to the group, the participants were allowed to interview each other in pairs. The cluster’s CEO was given the task of walking around and listening to the interviews in order to get the gist of what the various participants were saying.

The participants discussed questions such as “What is the deal?”, “Who is our customer?”, and “How should our collaboration be structured?”

There was a need to sort out connections and a basic structure. To this end, Usify used visual methods in which participants would draw a map of the value chain and visually demonstrate what value was created for whom and how.

From confusion to consensus

By stepping in with the right methods and an outside perspective, Usify was able to effectively lead the participants forwards and in a short time create both consensus and shared vision. After the workshops, the CEO formulated a directive for the new cluster based on all of the participants’ input. This directive served as an important starting point and provided guidance for the collaboration on the new cluster.

Do you want to start a project?

Do you want to learn more?

Read more about our other projects too. Tap “All projects” and select a project from the list or simply navigate to the previous or next one below.

All case studies
Next case study →